Having manicured nails and a firm handshake are two things that most people want for their hands, but one thing nobody wants is warts. Caused by the herpes virus, warts are actually fairly common all over the body, but especially on the hands and the feet. So, what can you do about these bad boys?

The first thing that many of our patients try is over-the-counter medication. Depending on how severe your wart is, and how your body reacts to the medication, you may be fine to treat your wart this way. Typically, over-the-counter medications for warts contain ingredients like salicylic acid which works to erode away your wart one single layer at a time. The problem with these treatments is that you have to be really consistent with using them and they tend to take a long time.

One of the in-office treatments what we offer patients is called cryotherapy. Cryotherapy is a treatment that works by using liquid nitrogen to actually freeze your wart off. Once your skin has reached a certain temperature, it causes all of the cells in your wart to die, and then your wart will eventually fall off.

In some instances, we may recommend a minor surgery to remove your warts; especially if you have several. During this minor surgery, we will numb the area and then we will usually scrape the warts off and remove the root of it so that it doesn’t grow back. Depending on the size of the wart, you may or may not need stitches.

Having warts is the last thing you want to expose to your skin. To learn more about these and other wart treatments, contact us at our Phoenix office and call us at (480) 610-6366.

View all posts by Stockton Dermatology →
Spring Break Alert: How to Prevent Even More Sunspots While At the Beach
How to Act Rationally About a Skin Rash 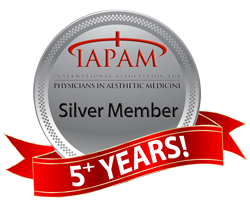